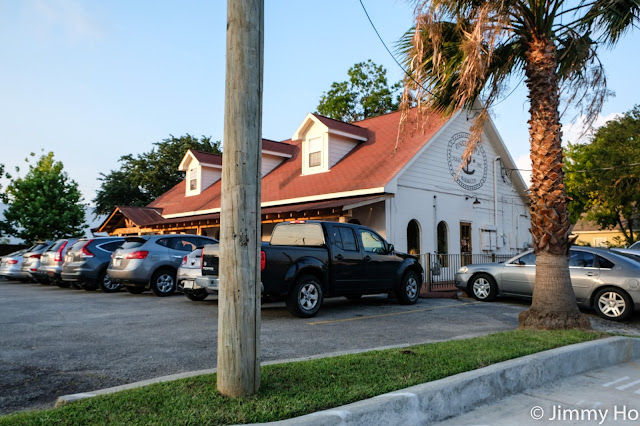 Amber and I were going to be in Houston for the Texas Monthly Meatup. One of our good friends' birthday was the Friday before the event. I told him to pick a place for his birthday dinner. He, for whatever reason, let me decide for him. FYI- I would never let anyone choose my birthday dinner. I knew his wife loved pork ribs and a place came to mind with good ribs and that was open for dinner. Pinkerton's Barbecue. I visited Pinkerton's while researching for the Texas Monthly list and had a fantastic meal there. 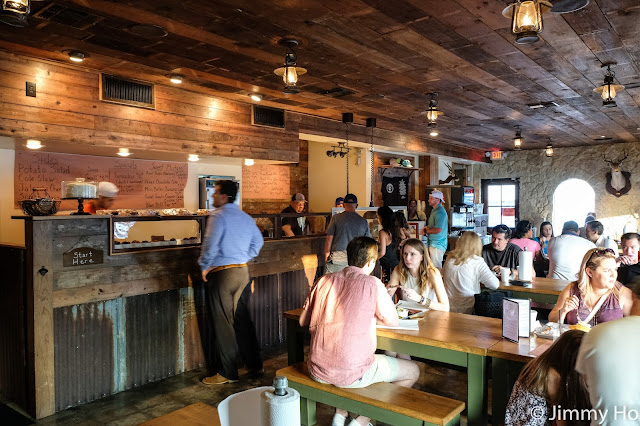 Grant Pinkerton is the owner and pitmaster. That name sounds familiar? The Longhorn alum crashed the Houston BBQ scene in 2015 with a bunch pop-ups, catering gigs, and a brick and mortar coming. The River Oaks deal fell through and sent Grant scrambling. He finally secured a new location and after months of construction and renovation, he finally opened in December of 2016. He has hit the ground running ever since. When you go to Pinkerton's, you are going to Grant's house. He actually lives upstairs currently. That should make tending the late night fires a tad easier. 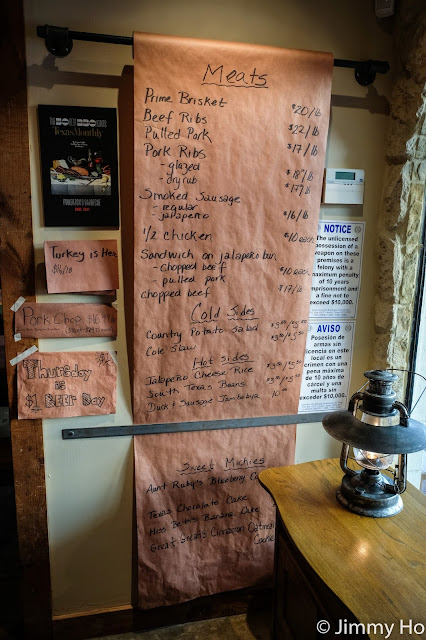 Everything on the menu was available when we arrived there around 7 PM. I ordered brisket, pork ribs, sausage, turkey, and chicken. I might have ordered a little too much. There were five people in our party, and not pictured are the unglazed ribs which brought the rib count to 14 bones. Grant starts his meat with mesquite and finishes them with post oak. I love that combo. Bodacious (Mobberly) does the same thing. Everything had a good amount smoke to them. The brisket was like butter. The fat was well-rendered, and the meat just melted in your mouth. It had a nice salt and pepper crust to it. Order both options of the pork ribs when you go, glazed and unglazed. I think I like the glazed more. It is like meat candy. The rib was sweet and tender. Kaylie ate 3 or 4 bones. She loved them. If you do not like your ribs as sweet, the unglazed is just as good. The sausage is Grant's blend but is made by someone off-site. It is good for what it is. The attention to details continued with the poultry on the menu. The turkey was moist and had a good flavor. The chicken was well-seasoned and packed a little kick on the end. The meat was very juicy. We could not stop eating the jalapeño cheese rice. It was just comforting. The others in the group shared a variety of desserts, but I was all about the banana cake. It was the perfect way to end the meal. 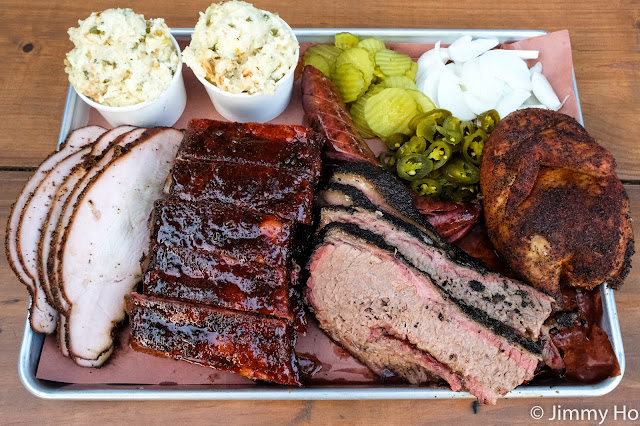 If you have a craving for BBQ for lunch or dinner, Pinkerton's Barbecue will exceed your needs. Ask Dez Bryant about that. Having a spot to get great 'cue late and then being able to hang out and have a few drinks afterwards seems like a luxury. If I lived in the area, this would be bad news for me. I would probably live off of the ribs, jalapeño cheese rice, banana cake, and Budweiser. The barbecue scene in Houston is thriving for sure. There are so many great choices now. Stop in at Pinkerton's Barbecue the next time you are in the area and see it for yourself.