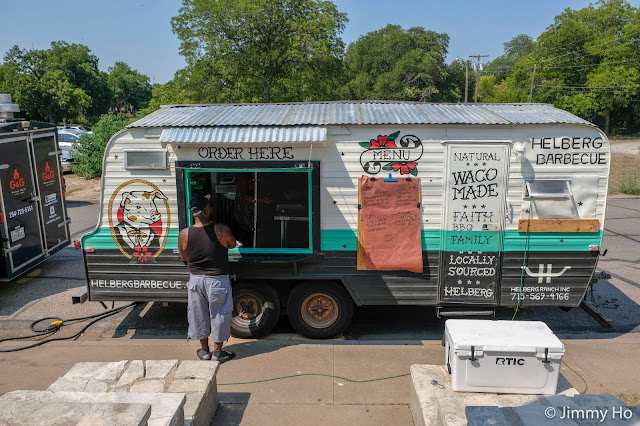 I have been stalking the Helberg Barbecue's Instagram account for a while. I knew they were opening up soon. When I rolled through Waco last time (back in April), they were not open yet. I think they ended up opening a week later. I planned another BBQ road trip with stops in Waco. Helberg was the first stop for me that day, and I got there right when they opened. They are located just outside of the coffee shop, Pinewood Roasters. 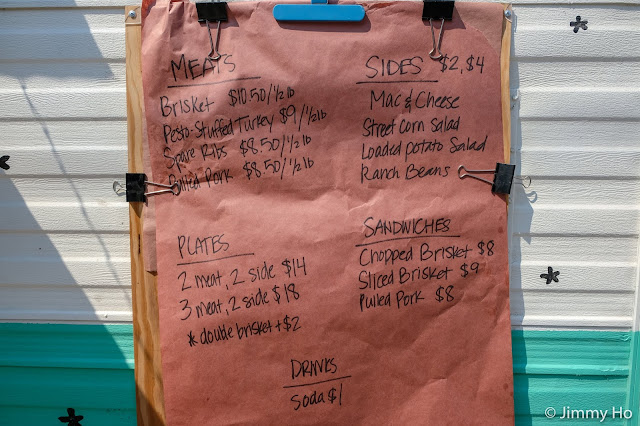 I decided to get the 3-meat plate with brisket, pork ribs, and pulled pork. The pesto stuffed turkey was the only remaining meat left on the menu so I got some of that too. I ordered sides of macaroni & cheese, street corn salad, and loaded potato salad. After a few bites of everything, I was pleasantly surprised. Everything was really good. The brisket was luscious. It had a nice peppery, smoky bark, and the fat was rendered well. I did not want to put it down. Knowing I had three stops left, it was hard to stop eating any of it. The ribs were cooked well, and the meat came off the bone without a struggle. It had nice balance of pepper, salt, and sweetness. I did wish they had trimmed the extra piece of fat from the rib. It could have been a sexy rib. The pork was pulled to order and had a good crust on it. The pesto turkey was unique and executed nicely. It was moist and flavorful. When you smoke a turkey breast, you have to tuck it into itself into a more manageable piece of meat. I am surprised more people do not take this opportunity to add additional seasoning and/or spices. The Helbergs also started to make their own sausage so check those out when you stop by. 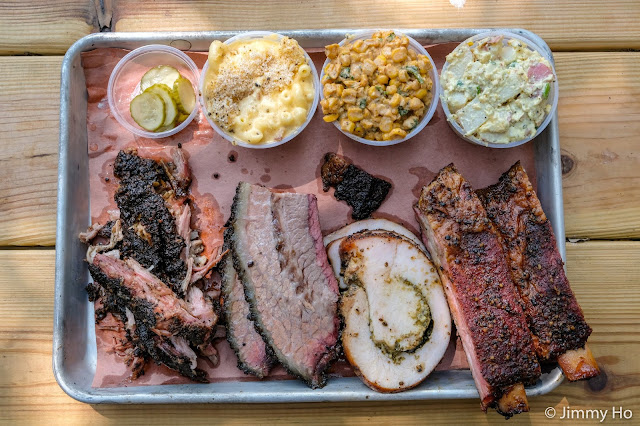 The house made sides were tasty. The bread crumbs added a nice texture to the creamy mac and cheese. The street corn salad was served cold. I was not expecting that though. I think I saw street corn and did not see the salad part or already had made up my mind what it was at that point. It was good nonetheless. The potato was full of refreshing bites. If you get there early enough for breakfast, get a Zwieback. I am not sure where it originates from? Russia? Germany? Wherever they came from, they are delicious. They are very similar to kolaches. I got a barbacoa, cheese, and jalapeño. A certain pitmaster from Whitney, Texas ordered all the remaining brisket jalapeño popper version... 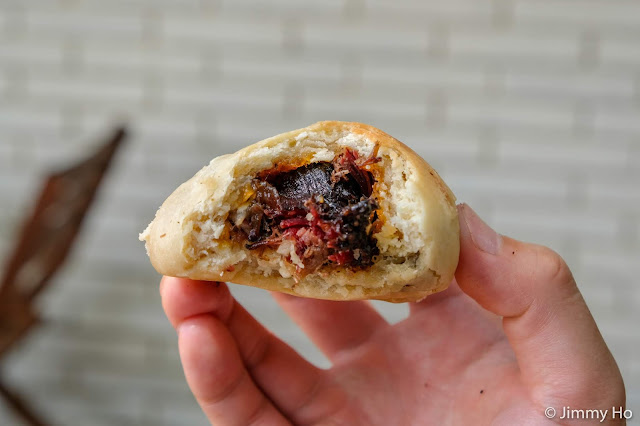 Phillip and Yvette Helberg rolled the dice and moved Helberg Barbecue to Waco from California. I am glad they did. I wish them luck. Thinking back a year, I would have not fathom Waco having two top notch BBQ joints, but here we are. The Helbergs use ingredients that they grow on their farm in the dishes. All the meats procured are responsibly raised. They have big plans so join them on their journey. Do not hesitate and exit in Waco. 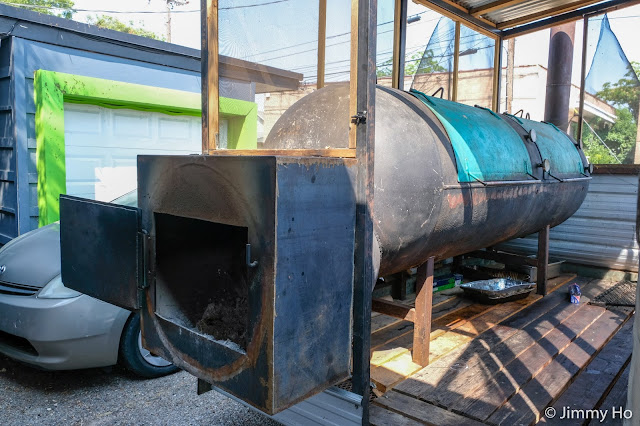