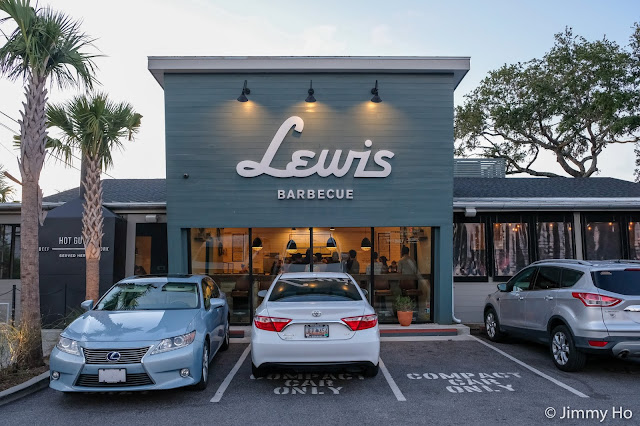 One of the stops on #HogTripping was a Texas BBQ stop. Yes, I know. Lewis Barbecue doesn't serve whole hog, but it does not mean I was any less excited about coming here. Ever since John Lewis (of Franklin Barbecue and La Barbecue) announced that he was opening a BBQ joint in Charleston, SC, I made it a priority destination for me. Although it was the fifth spot of our day, I saved plenty of stomach space for it. We arrived in Charleston around 8 PM. There was a queue for 'cue still, and it was bustling inside. 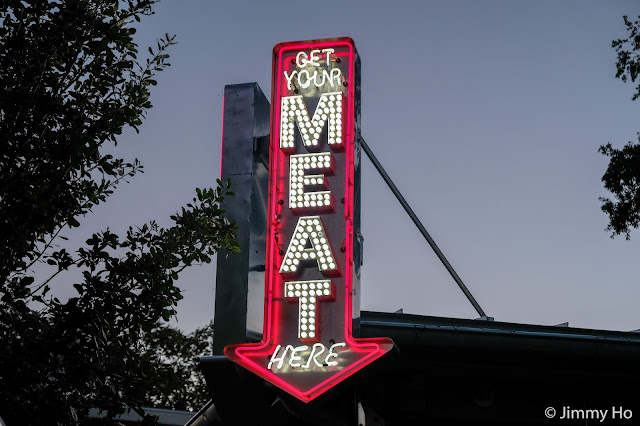 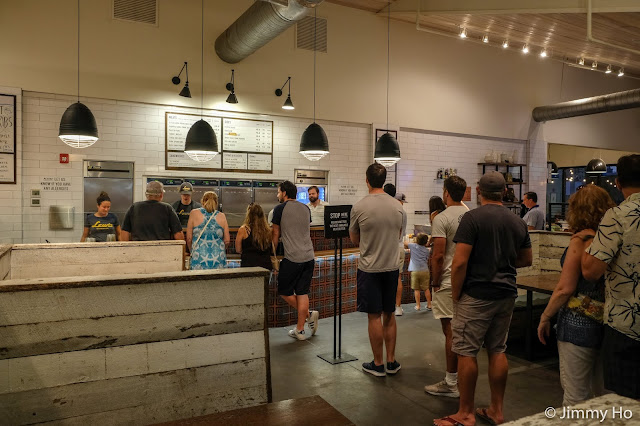 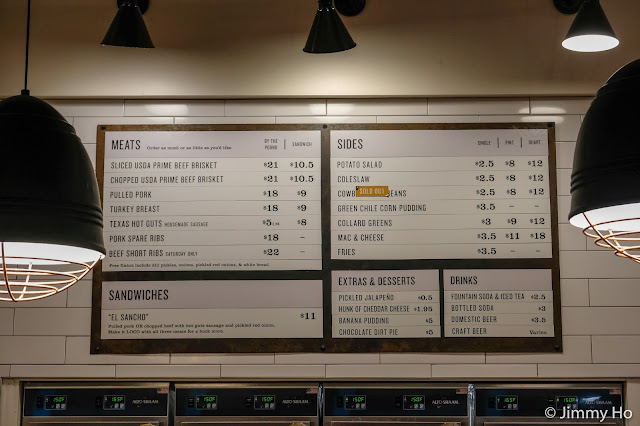 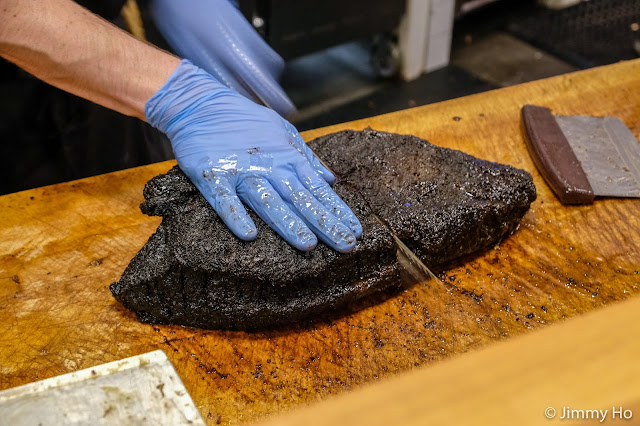 If you have ever been to La Barbecue, the menu of meats at Lewis would look familiar. They are pretty much the same. We ordered a pound of brisket, a pound of pork ribs, a link of the hot guts, two links of the green chile pepper jack cheese sausage, and a beef rib with green chile corn pudding and banana pudding. The first bite into the brisket reminded of home. Although we were not in Texas, every bite was what I expected to taste if I was still in Austin. Getting brisket of this caliber this late in the day should be a crime. It had a great bark and flavor and was cooked well. The ribs were saucy and delicious. They did not put up much of a fight when I pulled the meat from it. The hot gut was the exact replica of the one you would find in Austin. It is a fantastic sausage so why would mess with a good thing? 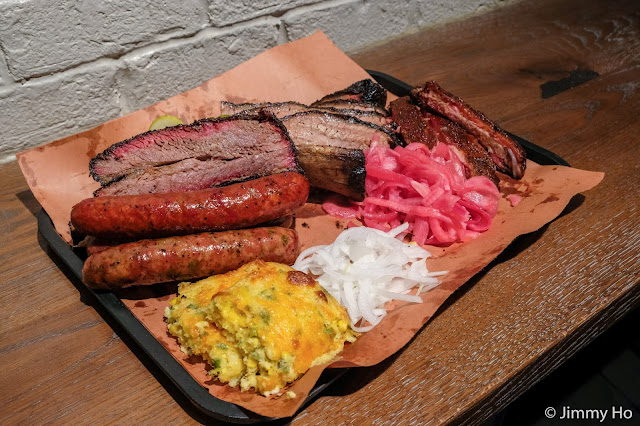 One of the specials of the day was the green chile pepper jack cheese sausage. The pork sausage had a good balance of cheese and spice. We splurged a little and got a beef rib. The meat was tender and smoky with all the characteristics of a good beef rib. I thought the corn pudding was just fine especially if you compare it to the one from Truth BBQ, my favorite. Unlike La Barbecue, you have a few options to cap off your meal. The banana pudding was a wonderful choice to close out the meal. 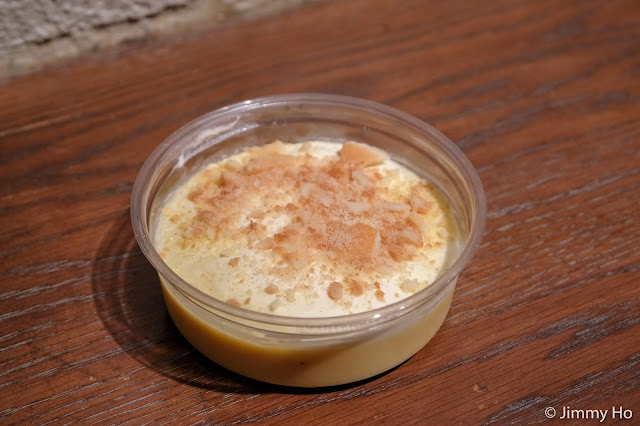 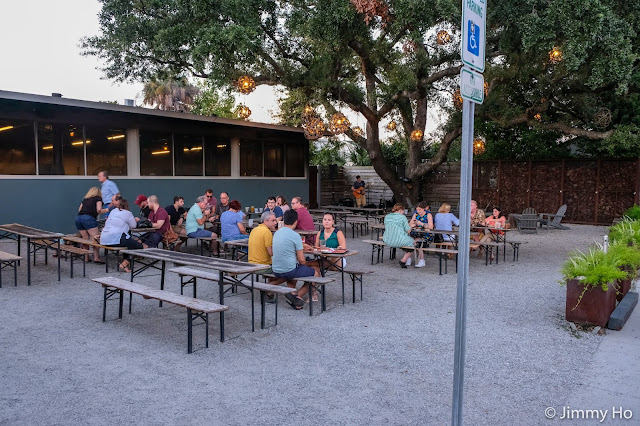 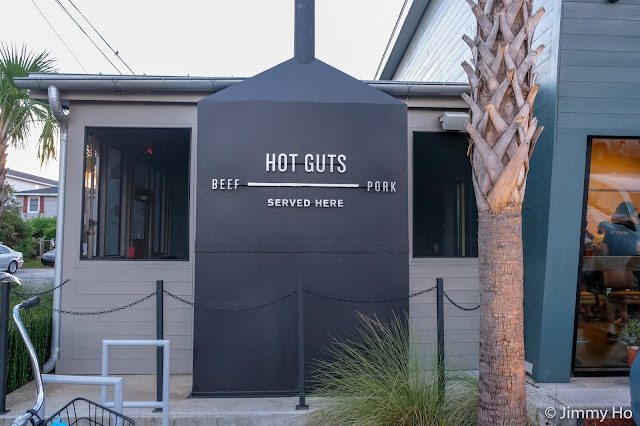 John Lewis and crew are killing it in Charleston. They are basically printing money with that location. If done right, Texas BBQ can go anywhere. Open 6 days a week from 11AM - 10PM, they are moving a lot of BBQ. It is quite impressive when you think about it. Including a bar will get people to stay there spending money even longer. Smart. Four Austin Smoke Works 1000 gallon offsets and a vertical sausage smoker do all of the work. Visiting Lewis Barbecue is definitely a must if you love Texas barbecue. It is worth the trip. If you picked Lewis Barbecue up and placed it anywhere in Texas, it would make the Texas Monthly BBQ Top 10 list. Easily. 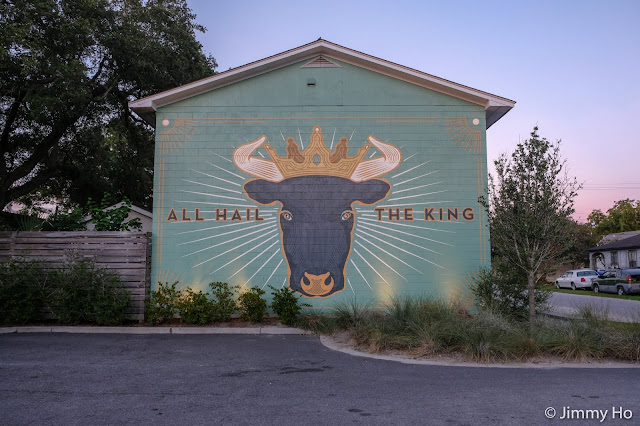